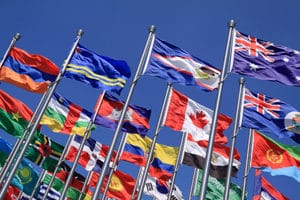 After Jesus had completed the plan of salvation by ushering in the New Covenant, He made several post-resurrection appearances. These visits were purposeful; He did not come back to make small talk or chit-chat about old times. For example, John adds a post-script to his gospel by adding what is designated as Chapter 21. It seems that John puts the pen down, then after thoughtful contemplation, says, “Oh, one more thing…”

The dialogue in this final chapter of John is principally with Peter. Peter and some of the other young disciples decided to go back to their fishing careers. The crew had caught a large amount of fish, but the nets did not break. This might be a clue that they had bought all new equipment.  Jesus asks, “Do you love me more than these [fish]?”  Peter, having denied Jesus just a short while before, was stuck. He had to submit to Christ, and he did. Although Peter was regarded by his contemporaries as ordinary and uneducated, he and the others, along with the Holy Spirit, turned the world upside down.  It may be that in the midst of your career, the Lord asks the same question. “Do you love me more than life as you know it?”

As a generation we are better equipped to disciple the nations than at any other time in history.  We are not specifically called to evangelize the nations. That may be a part of discipleship, but after 150 years of modern missions, evangelism has, for the most part, not worked to produce generations of people in “receiving” countries that are prepared to equip others.

Nations of the world are not asking Westerners to do evangelism, church planting, church growth, education, business, government, or healthcare; they are asking us to help them to do it.  Will you be part of the movement to disciple the nations? For you see, at the end of His time on earth, Jesus is quoted as saying, “Now therefore go and make disciples of the nations” [Matthew 28:19].  The sense we get from scripture then, is that the first thing Jesus may ask us in glory is, “What did you do with my last request?”  What is your life-response?

Nelson projects himself as the generic Evangelical baby-boomer. Born in 1946, he was raised in NJ in a Christian family. He holds an MS degree in Chemical Engineering and served in positions of R&D in American industry for 33 years. Nelson is an inventor and has formal training in methods of creative problem-solving. In 1976 he was city co-chairman of a Here’s Life America Campaign in CT. He was a founding elder at Walnut Hill Community Church in Bethel, CT (1982) and served in many leadership capacities of what is now one of the largest Evangelical churches in New England. In 1998 Nelson founded the Finishers Project, now MissionNext. The initial launch was in the form of Finishers Forums. Soon after a web presence was created as a connecting tool. Nelson also serves as an on-line missionary with Global Media Outreach. Locally he attends a Torah study and is chairman of the sewer commission to work with the unchurched.