How Good are You at Following Directions? 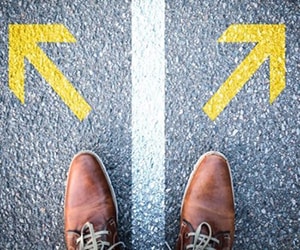 Walking with Jesus can often be puzzling. In Mark 14:28, Jesus declares in the upper room at the Last Supper, “After I am raised up, I will go before you to Galilee.”

It is certain that what Jesus spoke at that event made the rounds to His followers. The women close to Jesus served Him with a courageous compassion. After the trial, they were at the scene of the cross. There were also women looking on from a distance…and saw where he was laid. (Mark 15:40,47) They were the last at the cross and the first at the tomb.

Have you ever worried about something that never happened? Approaching the tomb with spices to anoint the body, the women worried about how the stone sealing the tomb would be moved. But when they arrived, the tomb was already open. The Lord organized in advance that the stone would be rolled away. Often the Lord takes care of details that we fret about.

Also note that the women brought spices to anoint the body, not expecting that Jesus would return to life. Often the Lord does the unexpected. The instructions from the young man dressed in a dazzling white robe were to go tell His disciples that Jesus was going before them to Galilee. (Mark 16:7) They were amazed and afraid. And initially they did not follow instructions. Mark reports they said nothing to anyone.

Mark’s original gospel ends there. The rest of the chapter was added later so the book would resolve. But could it be that Mark intended the book to end at verse 16:8 because it is you and me that must respond to the instructions to go and tell others. How will your story complete the gospel of Mark?

Allow Jesus to do the unexpected with your life by assisting with His global cause. Enter a profile at missionnext.org or log in to review organizations that match your skills and interests, whatever your background. Be courageous. You can opt out at any time. Also, tell others about this opportunity.