Near Death as a Dear Life Experience 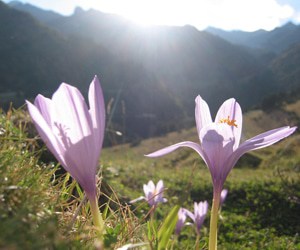 King Hezekiah, at the age of 39, was told he had a week to live as he had some sort of infectious condition. The account of his reaction is recorded in Isaiah 38. Immediately Hezekiah was filled with regret—regrets regarding his relationship with God; regrets regarding his relationship with family and friends; and regret that he had not had the impact for God and His kingdom that he had envisioned.

The King prayed passionately to the Lord in the latter part of this passage and had a gripping conversation with God. It is worth a study. The result was that the Lord changed the outlook and promised Hezekiah another 15 years to live. It was during that period of time that Hezekiah had a significant prayer life, godly influence and kingdom impact.

It was in 1998 at the age of 52 that I had a heart valve operation. They stopped my heart, did the repair, then had to get my heart going again. Like Hezekiah, I prepared to die, but the Lord spared me. With a new lease on life, I became even bolder in my effort to expand the kingdom and began working with leaders of leaders on every continent. My realization was that only when we are prepared to die, are we really prepared to live.

Live this new year prepared to die to yourself. Cut out what is of low importance. Heal relationships with others and restore your relationship with God with a full heart. Be bold. See what the Lord might have for you by registering at MissionNext to learn for yourself how you can make a significant kingdom impact.

Nelson is the generic Evangelical baby-boomer. Born in 1946, raised in the C&MA and attended Urbana ’67 in college. He holds an MS degree in Chemical Engineering and worked in R&D positions in American industry for 33 years. Nelson is an inventor with formal training in methods of creative problem-solving. He was a founding elder at Walnut Hill Community Church in Bethel, CT (1982) in what is now one of the largest Evangelical churches in New England. In 1998 Nelson founded the Finishers Project, now MissionNext, and serves in program development. He has been in 45 countries to work with leaders of leaders and see multiple cultures first hand.